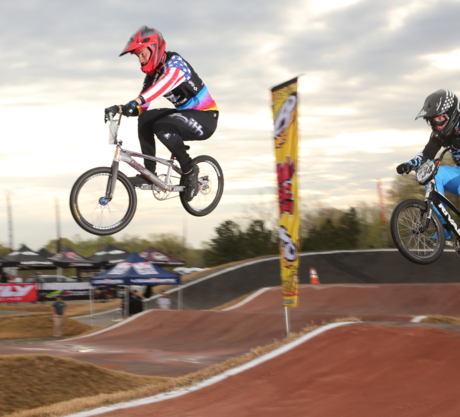 On the last weekend of March, timed perfect for many riders Spring Break, USA BMX brought the Carolina Nationals to Rock Hill, South Carolina - previous host track of the UCI Worlds. If you've never been to the Rock Hill's multi-million dollar facility, you'd be blown away by the venue. It's easily one of the finest BMX facilities in the country.
With its double-hill layout, mondo berms, grassy in and outfield, plush grandstands and large/clean restrooms, riders and parents love coming to this race. It's reputation and proximity also make it a hot-tickeet race for South American riders to converge on; which always ups the rider and moto count. Colombia, Brazil, Aruba, Venenzuela ... and more, were all in the house! 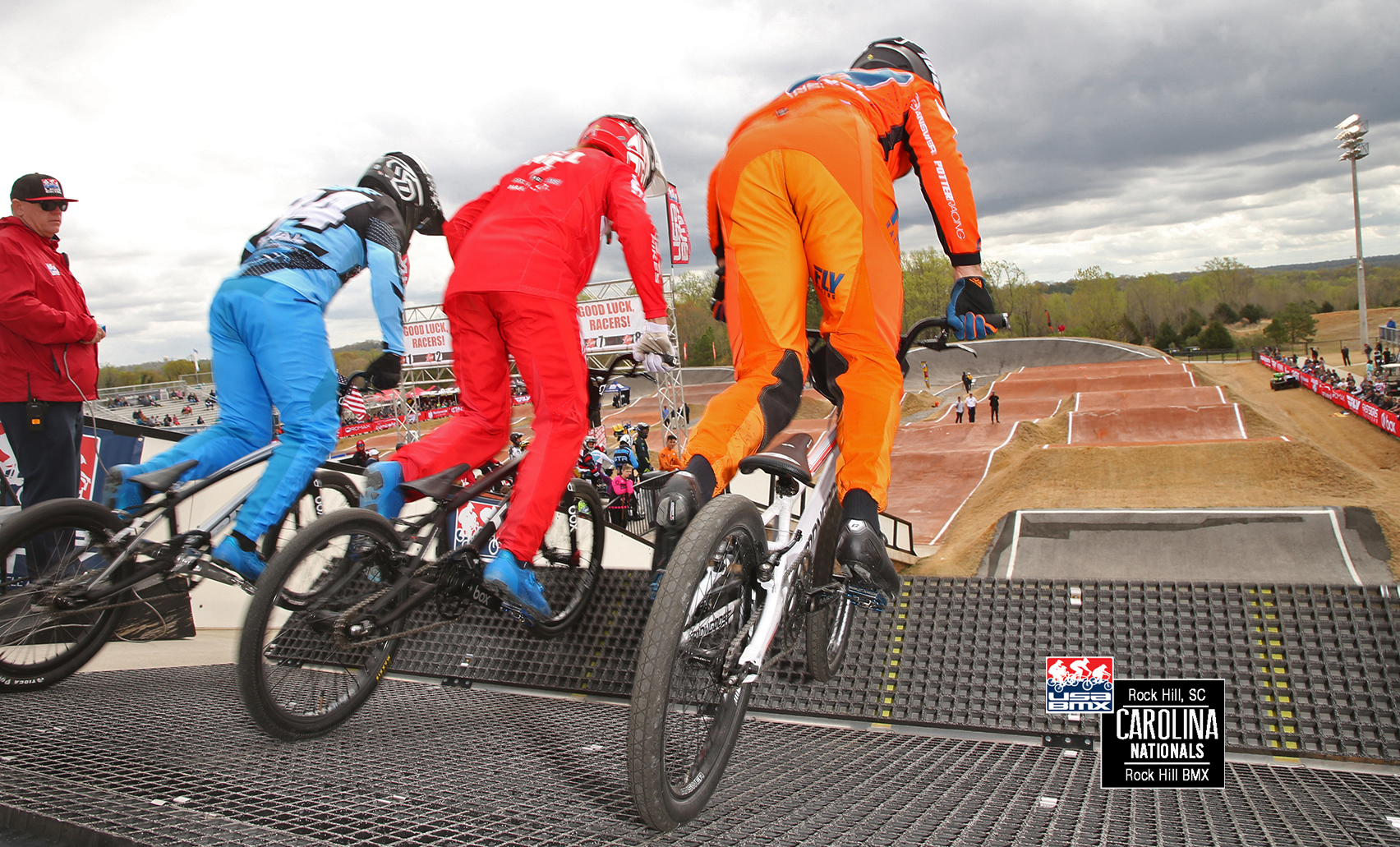 This year also marked the return of the USA Cycling Elite National Championships - which will likely play a part in the Olympic qualifying process for #TeamUSA and could be a factor in who gets to compete in the 2020 Tokyo Olympic games. It's still early in the chase, but a win in 2019 definitely won't hurt when the time comes for USA Cycling to chose their No.2 or (hopefully) No.3 picks. 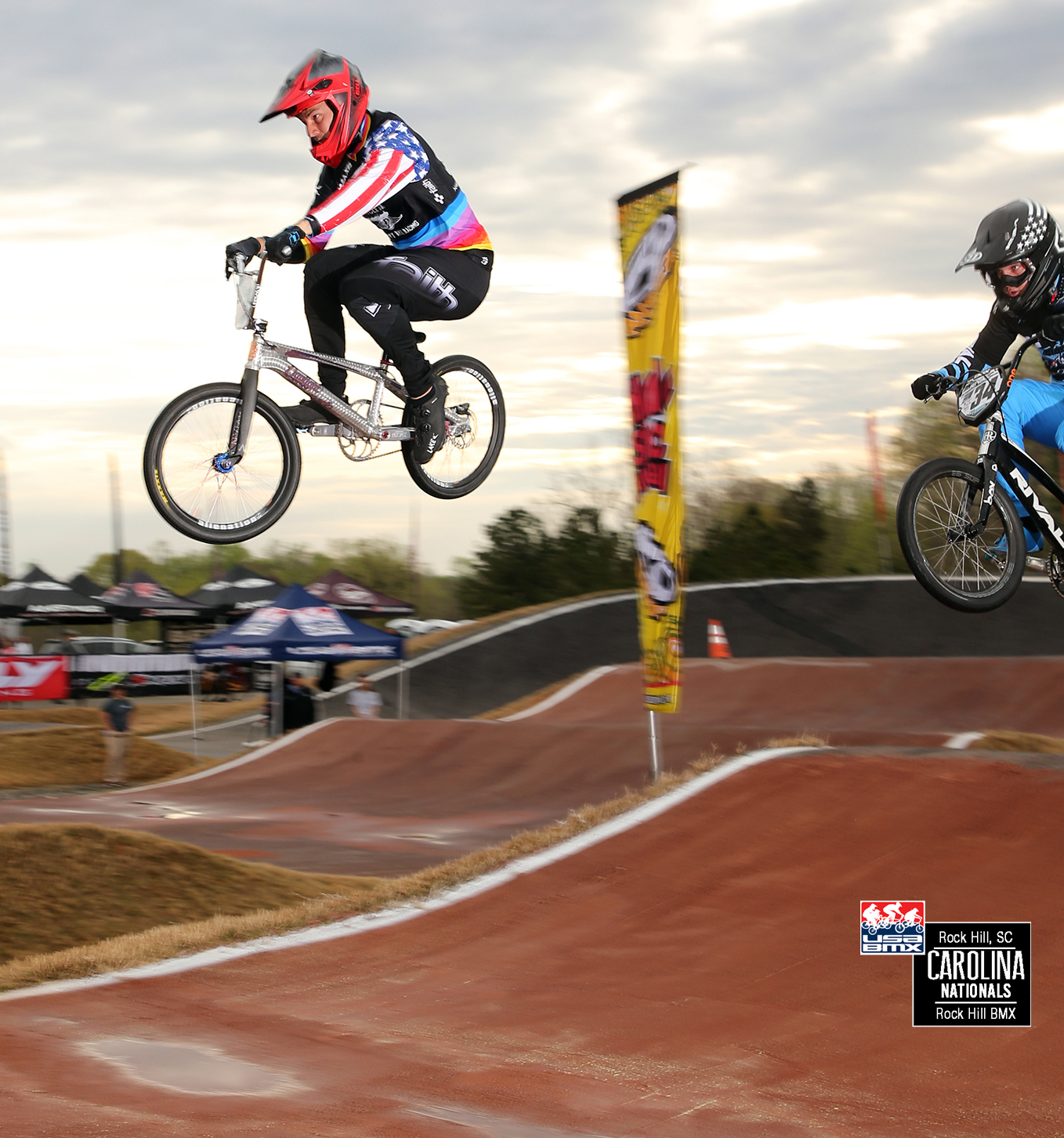 Of course, when it comes to Rock Hill, there's one Elite racer who pretty much owns this place - former World Champ Corben Sharrah. He's also a multi-time USAC Champ, as shown by his unmatching patriotic sleeve on his Daylight jersey. Most predictions coming into this race was that Corben would go unbeaten - and pretty much lived up to it. With family at this race, including his wife and baby boy, Corben was feelin' the love and wasn't about to let Joris or anybody else get past him.

Chalk up three wins in three days for Sharrah

The hotly-contested race was for second place, and came down to Joris or Rock Hill local Alfredo Campo. They both traded spots on the podium for Saturday and Sunday. 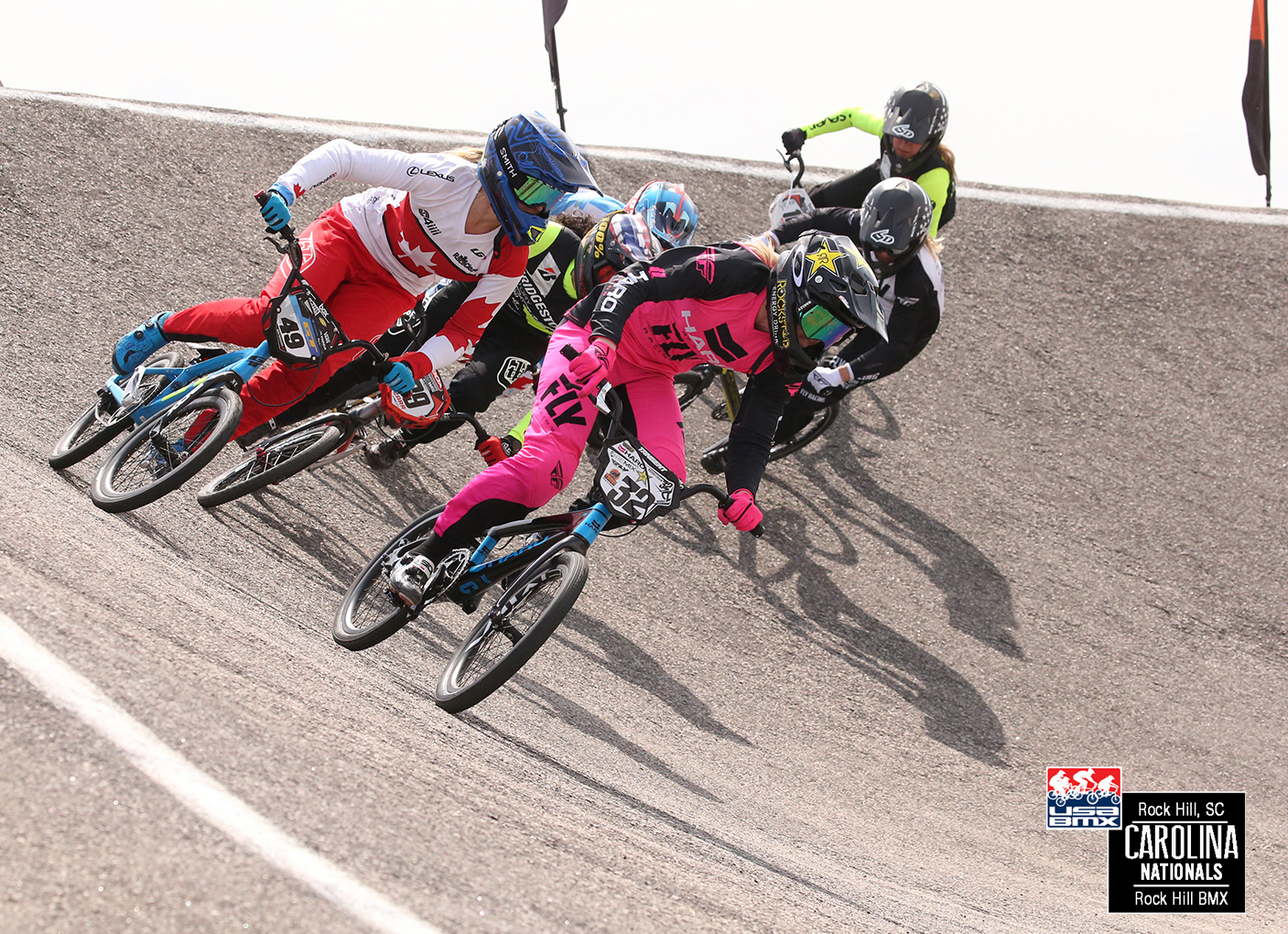 In Elite ladies, it was a record-breaking, streak-ending battle all three days. Starting off on Friday (with the USA Cycling "race for the sleeves"), Alise Willoughby has owned the stars and bars sleeve since 2011, and was hoping to keep the streak alive with a 9th consecutive win.
With a smaller than normal turnout of American women, Friday would be a total points race. In the first round, Alise had a narrow lead, but Supercross' Felicia Stancil (still pumped on beating Alise in Albuquerque 3/4 of the way around Duke City BMX), was right there applying pressure like a chiropractor. As they sped into turn one, Felicia and Alise were elbow to elbow, and suddenly Alise's GW broke loose and slammed her hard into the ground. (So hard, in fact, that it blew her goggles off!)

With a 7th place, it would be tough to now win the overall (even with two wins, 9 points would be nearly impossible to win with - but it had been done before). For the second round, Alise was up there on the gate to go to war and give it her all; proving to all why she is "The Beast."

Once Felicia won the second moto/main - giving her 2 points, it'd be even more unlikely for Alise to make the comeback of the century sitting with 9 points. Brooke Crain, always consistent as a Rolodex watch, was still in the hunt with a rack of 2's. Willoughby, still reeling from the road rash from her first round, finally ended her day with a win for the third round, putting herself on an unfamiliar step of the podium - 3rd place. Texting with her afterward, she told PULL magazine "I've been long over-due for a crash. It's been awhile."

Her 8-consecutive USAC win-streak came to an end. But all things must come to an ened, eventually - right?