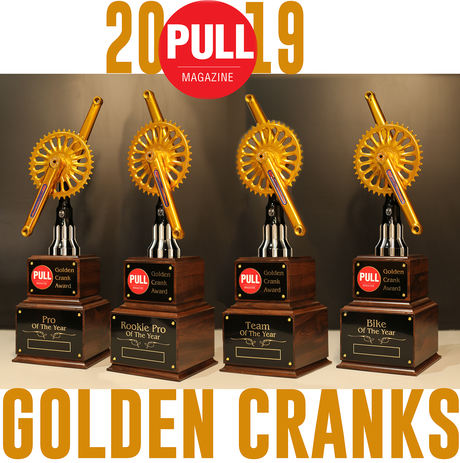 The polls have closed and the ballots for the 2019 Golden Crank Awards have been tabulated! Want to know who won? Well ... you'll have to wait until Saturday night - November 30th to find out. (Watch it Live by attending the Grands or watching the webcast on USA BMX's FB and YouTube channels).

But for now, what we CAN tell you, is WHO the Top-5 Finalists are: 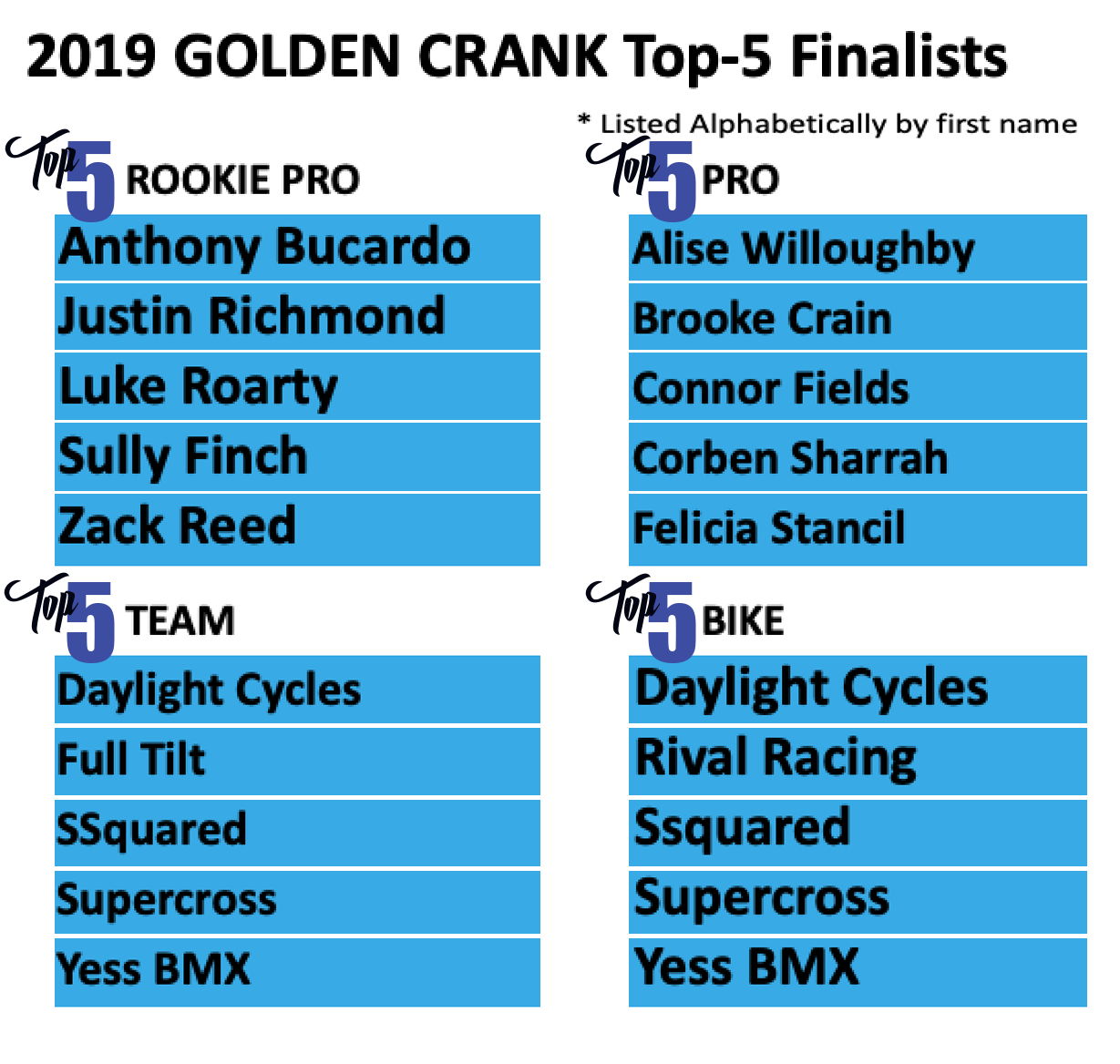 Who do YOU think got it?

This is the 28th year for PULL magazine's Golden Crank Awards; which is our sport's one and only "popularity award." It was established in 1992, as a replacement for BMX Action's NORA Cup, which at the time had become defunct - and was originally called "The Reader's Choice Award."

The long list of Rookie Pros who have won for their performance in their first year of Professional competition reads like the Who's-Who of BMX Racing -and many of them have gone on to win No.1 Pro title, World Championships and earned medals at the Olympics.

Here. for your viewing pleasure, is a list of all previous Golden Crank recipients: 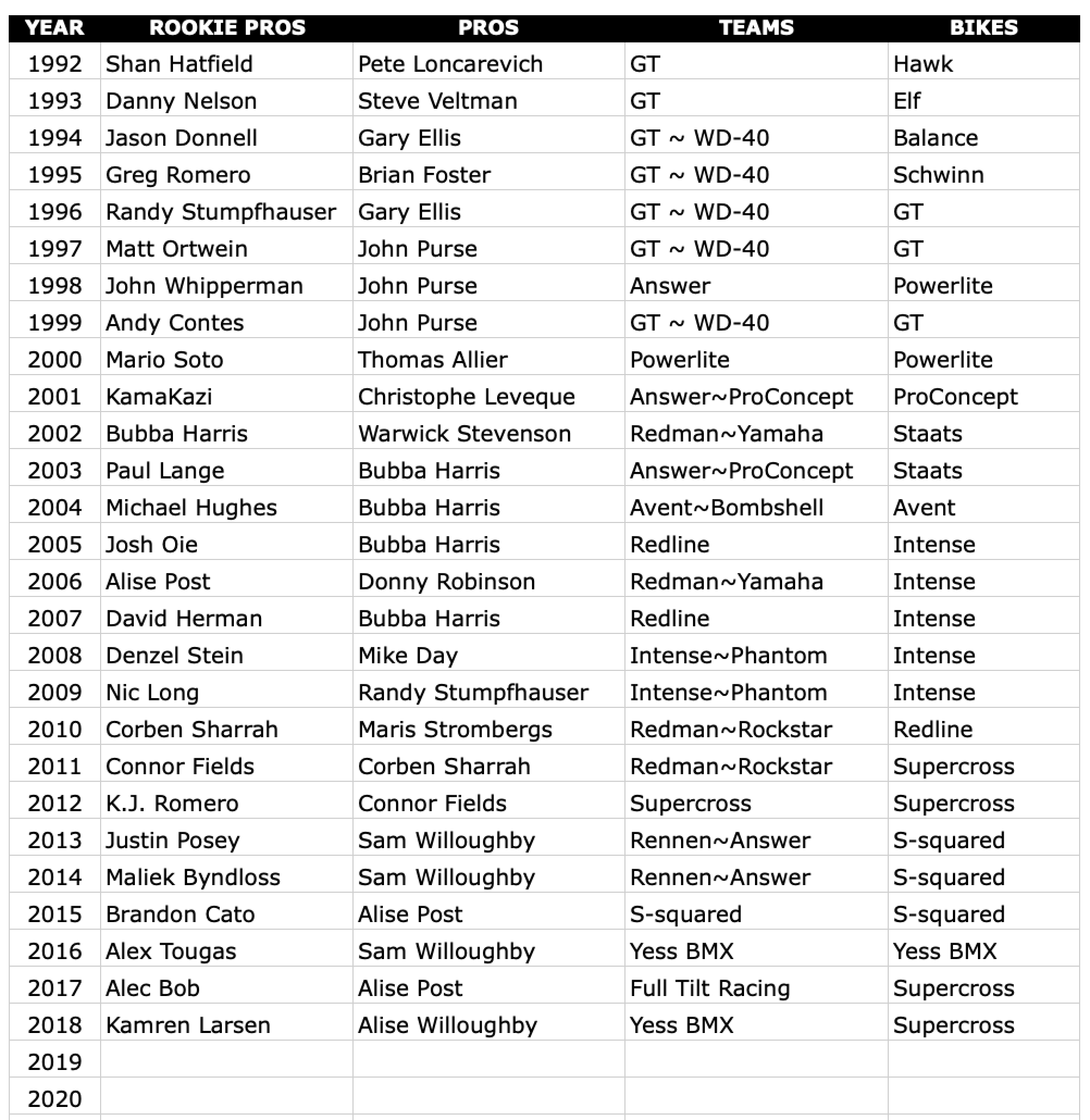 All of us at USA BMX and PULL magazine would like to thank the thousands who voted, and be sure to tune in on Saturday night - to find out who wins. (Along with seeing who wins the 2019 National No.1 Pro titles!)

The Golden Crank Awards are possibly the coolest and most custom Award handeed out in BMX - and are hand-made for us by the team at PROFILE RACING in Palm Beach, FL. Each gold annodized piece is hand-welded by BMX Hall of Famer Jim Alley - founder of Profile, using original alloy arms from the Profile archive closet. 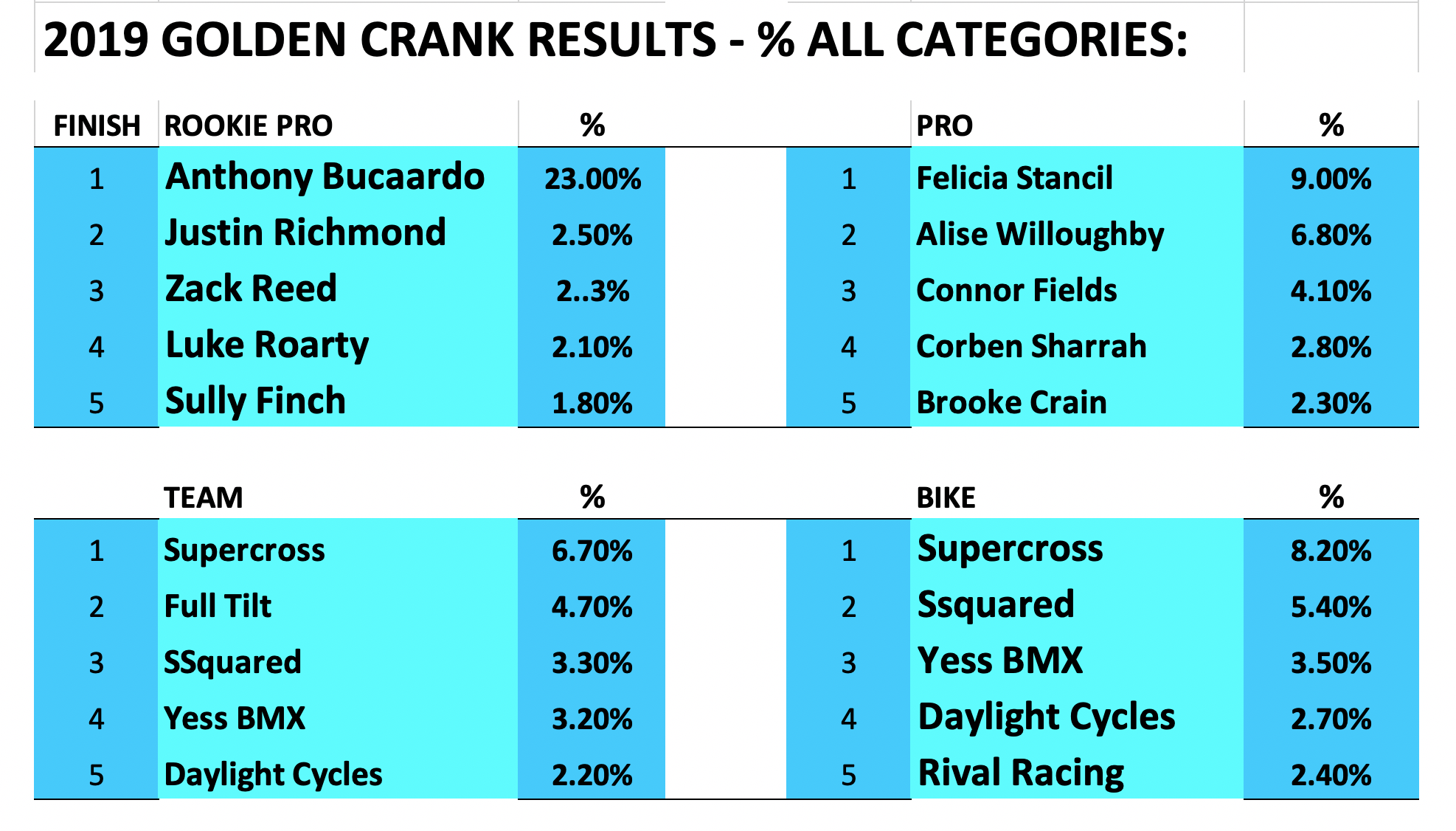