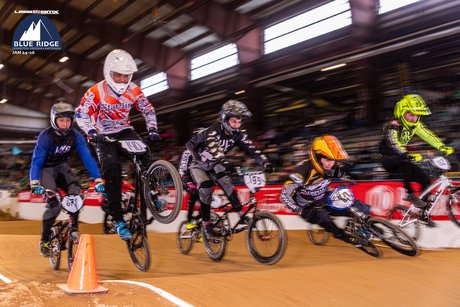 The USA BMX National Stop #2 was close to home for riders from the East Coast this year, as it was held at the Virginia Horse Center in Lexington, VA.  This was the first time a USA BMX National Series race was held at this venue, the last large BMX event held here was an NBL one about ten years ago.  The arena was a near perfect fit for a National race, the dirt was great which meant a lot of really fast short track racing, some pit space for teams to set up tents around the perimeter of the track, with not a bad seat in the house.

An added bonus for this weekend’s event was that it was also the President’s Cup race, which meant that riders raced for individual points in their age groups as well as points towards the State-vs-State battle as part of the 80’s tradition. California for the past nine or so years has dominated the President’s Cup, but this year was almost unseated as Virginia tied with Cali for the top spot leaving about seven other East Coast states right below them, not many points behind. 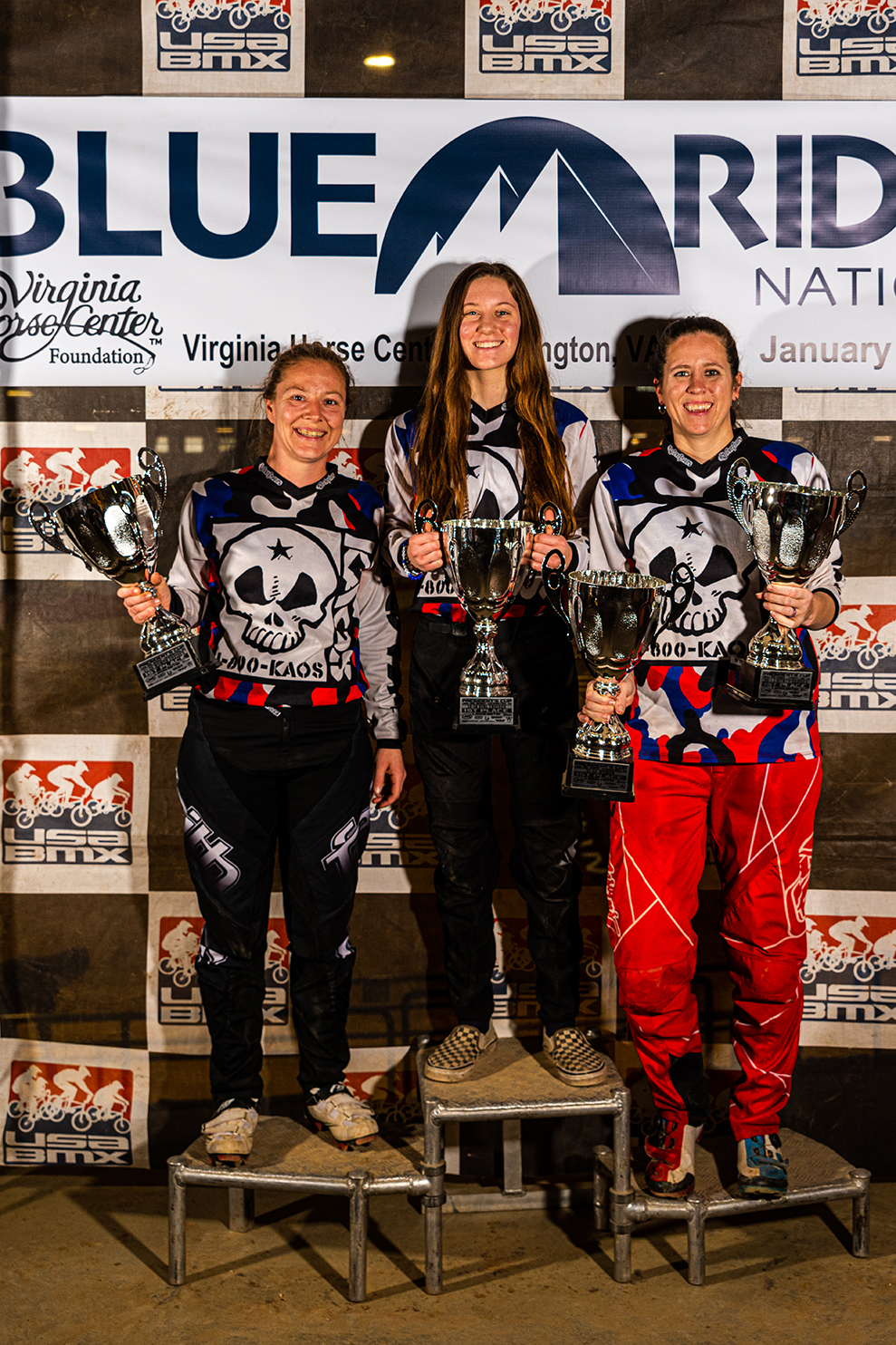 I am not sure if it was the fight for the President’s Cup, the Awesome dirt and track layout, or maybe just that it has been a little while since the East Coasters have been on their bikes but there were some of the fastest and craziest moto’s this weekend. The track was in great condition and not very soft even on Day One. It would seem that with all of the paved turns on tracks a lot of the riders forget that you cannot dive to the bottom on a dirt turn entrance.  There were dozens of pileups and carnage in all age groups and proficiencies, no amount of sweeping the track can remove all of the dust which made the it look more like an ice racing, but without the studded tires, than BMX racing at times. The super sharp last turn being the one that took out even the best riders leaving them carrying their bikes and sprinting towards the finish line. The incredibly tight last turn also made it easy for the inside rider to send the outside opponent off the “Exit in Turn Three” as Greg Harrison called it if you either gave them a little bump or stole their line, making it very difficult to complete a pass there.

The Pro races usually have their share of wrecks, but this weekend it looked even tougher for them to stay upright, one of the qualifying rounds almost every rider wrecked in the last turn.  That being said Justin Richmond was the king of the short track this weekend, winning every day, and Justin Knapper made it to the podium every day as well with two seconds and a third on Sunday. Olijuwon Davis pulled off two thirds Friday and Saturday, but Vick Behm managed to snatch up the second-place spot on Sunday. 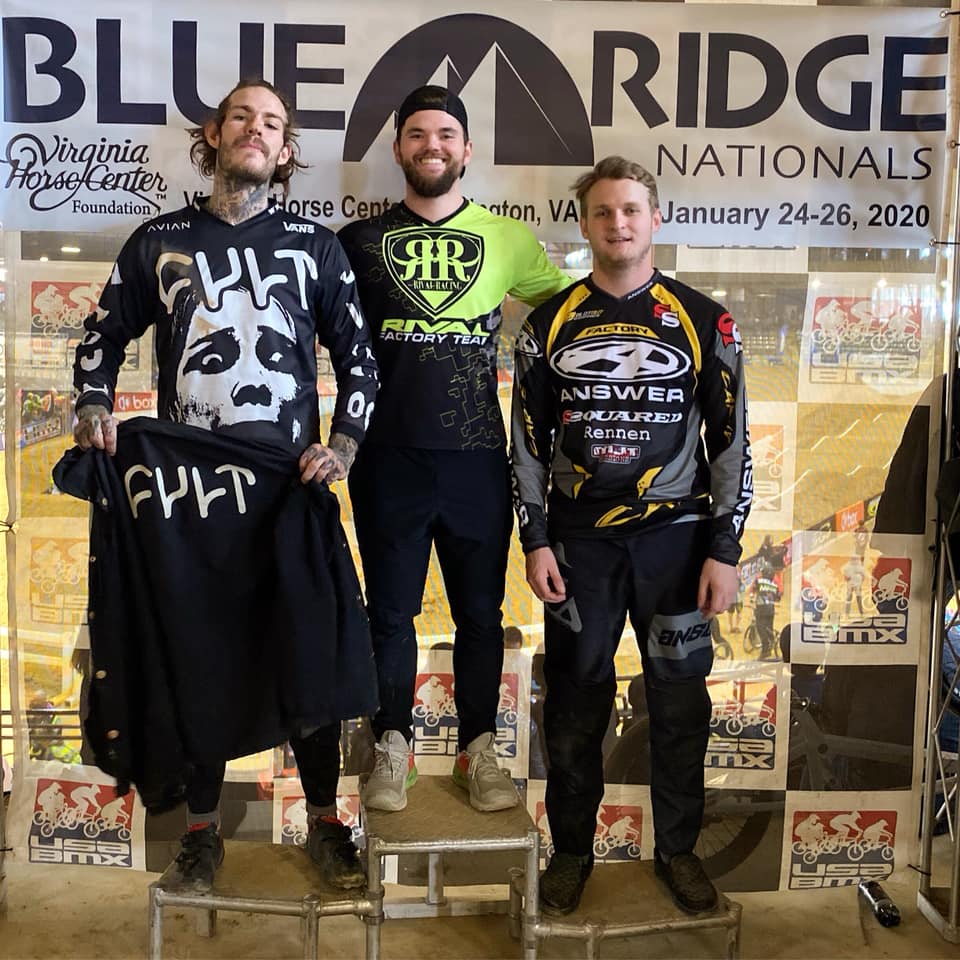 Jemma Tollefson crushed the competition in the 7-8 Mixed Open and 7 Expert Girls Classes winning all three days and sending her home with Dual Cup’s as well.   Annalyse Solano battled with Mia Custer and Zoe Dannenberg all weekend and came out victorious sporting two President’s Cups on the podium in the 10 and Under Cruiser and 10 Expert Girls Classes. 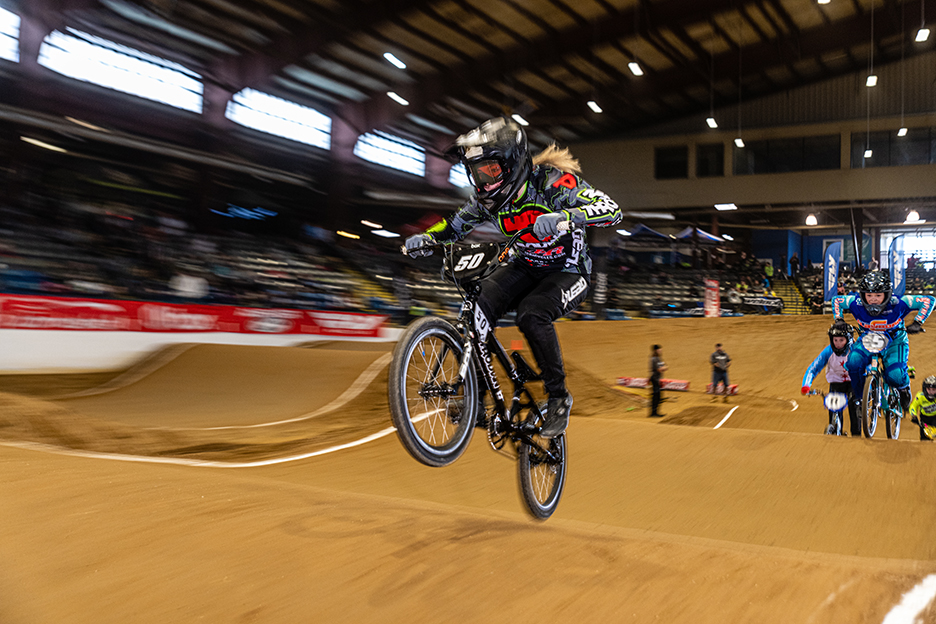 9-10 Open Rider Mateo Pigo was another one of the riders to win two Cups, he won two of the three days. Mateo also won a Cup for 10 Expert having won two out of three for that class as well.   Tyler Bailey Won 2 Cups, one in the 13-14 Open Class and one for the 14 Expert Class, these were not easy wins, Tyler had to fight his way through traffic in a few of the races but in the end he had the best scores.

Parker Respass not only made his way onto the event T-Shirt but he also was on the Cup Podium 2x winning one for 13 Cruiser and one for the 13 Expert Class.  41-45 Cruiser rider Matt Dallas also was able to grab up two of the President’s Cups, he won one in the 41-45 Expert Class too. The final Double Cup winner was Shawn Diprete who won a Cup in the 46-50 Cruiser and Expert Class. 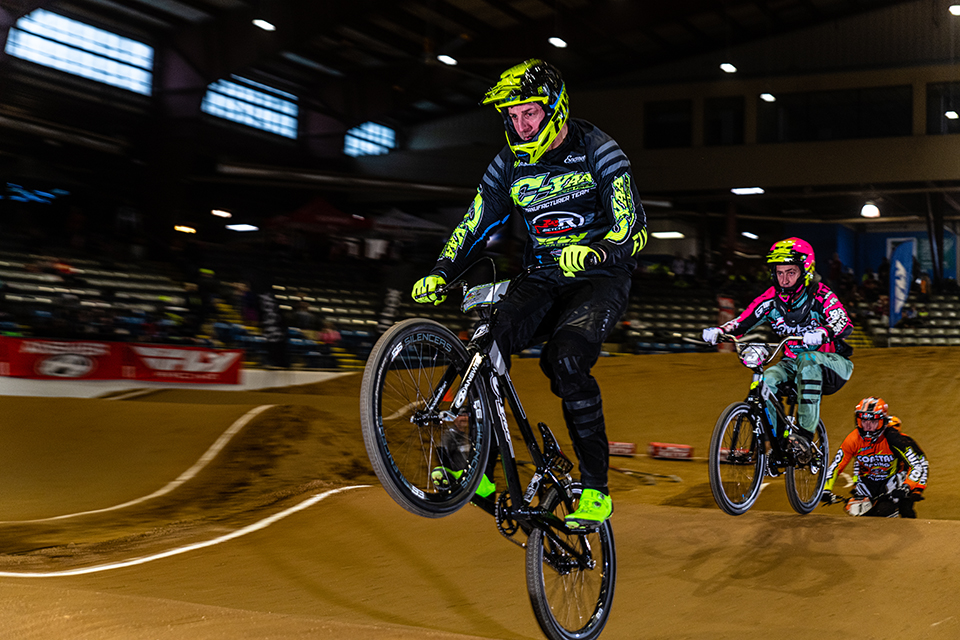 One of the craziest laps was the 15 Expert Class on Saturday, all eight riders went into turn one three and then four wide with one trailing behind, Blake Powell in the four wide group came in really low and fast and took himself out, two seconds later Ryan Bramer and Russell Waller collided and went down, leaving a pack of five riders powering down the second straight. Nolan Cardwell flew into the second turn in third place, ran over the cone trying to stay on the inside, unfortunately like I said before coming in hot and low ended up with Cardell exploding on his own at the bottom of the turn. Four riders remained upright racing single file down the third straight and into the final turn where Cameron Graves takes himself out exiting the turn, this left fourth place rider Thomas Copsey with only the option to use Graves bike as a ramp and jump out of the final turn. This left Tyler Henry and Julian Basaj as the only two to not crash or run someone over and they finished in that order. 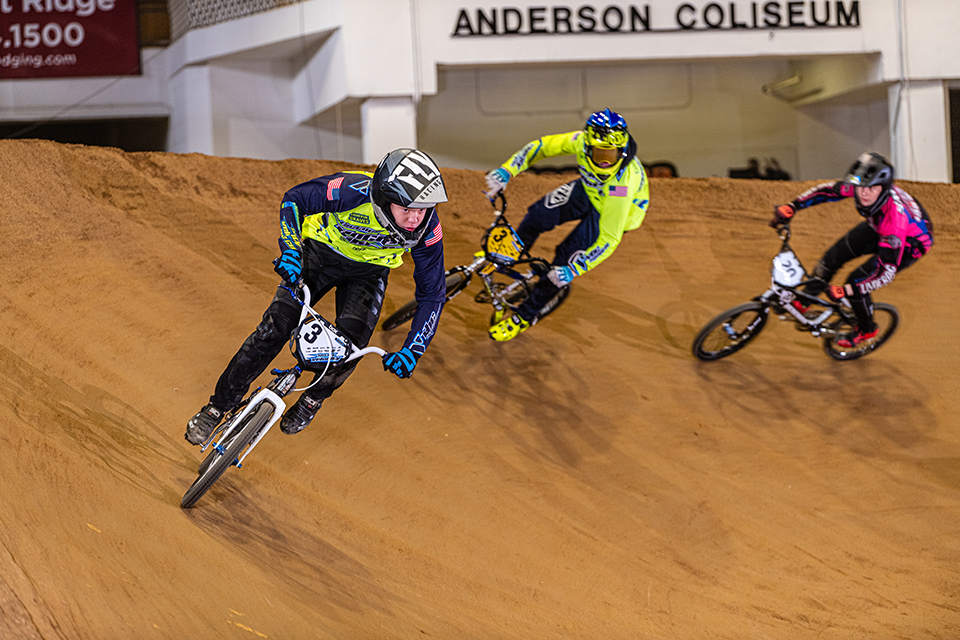 That’s it from Lexington, next stop the Sooner Nationals.