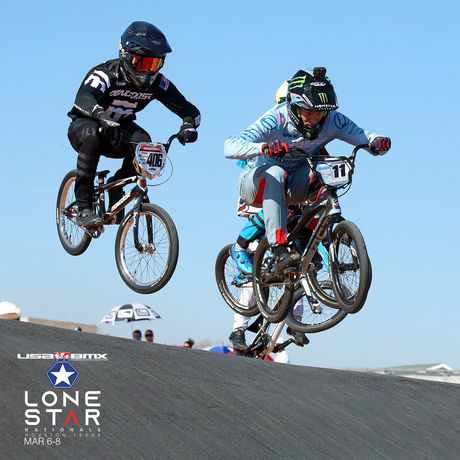 HOUSTON, TEXAS – Riders gathered from all over the world to come out to race on the Rockstar Energy BMX Track in Houston, Texas. The racers are trying to get as much time as they can on the track considering it will serve as the venue for the 2020 UCI BMX World Championships at the end of May. This year is an amazing opportunity for Team USA to have the World Championships state-side, especially in an Olympic year. Friday evening’s race was only for our American racers so we could crown new National Champions. 2020 marks 10 years of flying down the 8-meter starting hill in the supercross style races.

The Elite Women were racing for total points after three rounds of racing. World Champion and Olympic silver medalist, Alise Willoughby (Saint Cloud, Minn.), did not lose a lap all day and was able to add another national championship title to her already impressive resume. That’s nine national championship wins for Willoughby in the past 10 years.
Last year’s winner, Felicia Stancil (Indianapolis, Ind.) finished with two second places and a third, giving her the second place overall. Brooke Crain (Visalia, Calif.) had two close third places, and tried to move up in the last round with a second, giving her third in the overall points. 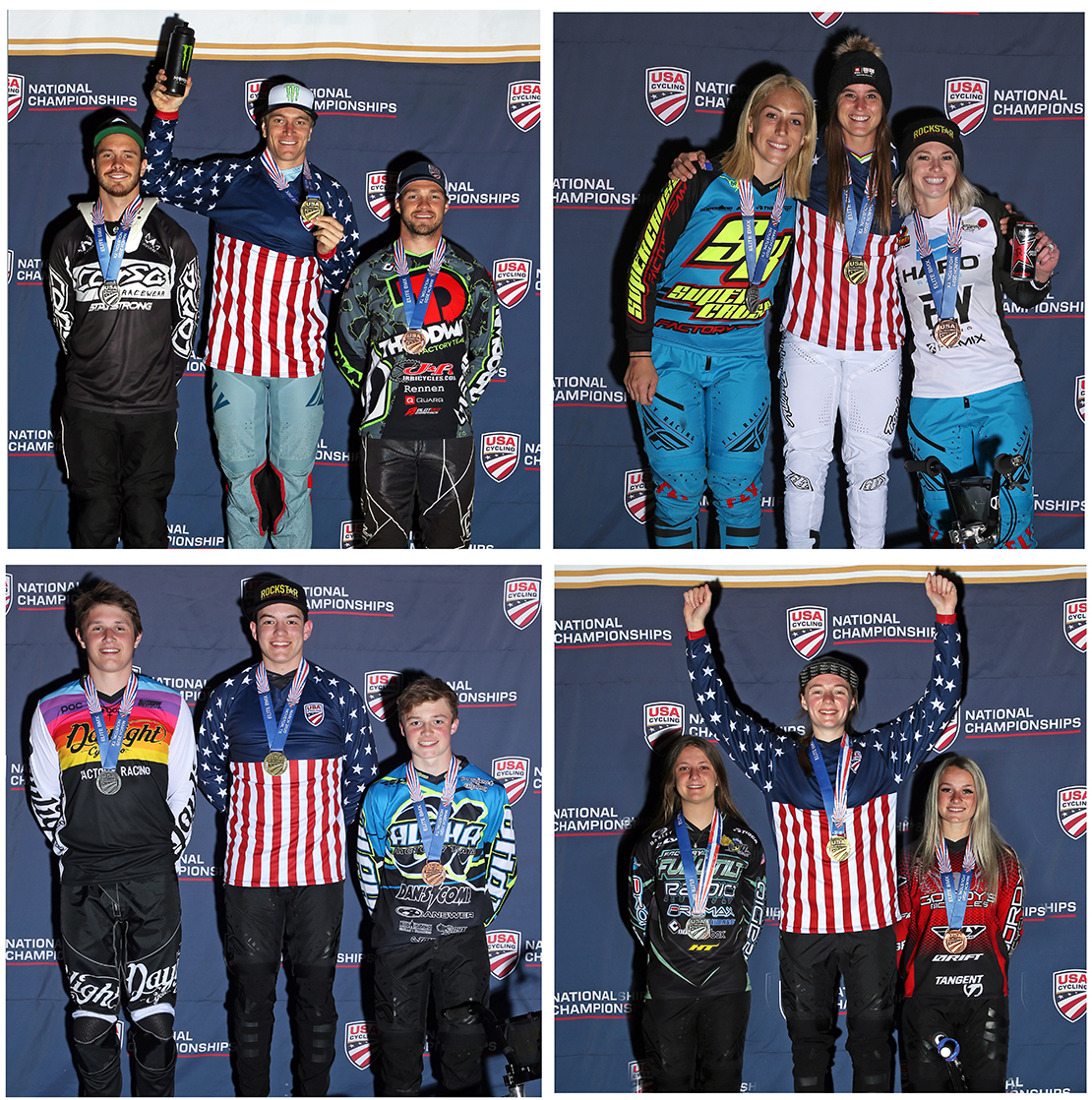 During the Elite Men’s race, Olympic gold medalist, Connor Fields (Las Vegas, Nev.), was on fire, and also did not lose a lap. That’s now four national championship wins for Fields. The rest of the race was constantly changing with passes in every turn. When it came down to the finish, Jeremy Smith (Dayton, Ohio) was in a solid second place. With a push across the line, Zack Van Kammen (Lake Elsinore, Calif.) finished in third.

The Elite Junior Women hit the 8-meter supercross hill in style. Payton Ridenour (Pottstown, Penn.) and McKenzie Gayheart (Fort White, Fla.) were back and forth throughout all three rounds. Ultimately, Ridenour would come out on top, with Gayheart finishing second and Lexis Colby (Phoenix, Ariz.) in third.

During the Elite Junior Men’s race, Nick Adams (Orangevale, Calif) came out strong out of the gate. Zach Jacobs (Mt Juliet, Tenn.) sprinted to the finish trying to overtake Adams, but finished in second. Brayden Kempel (Ramsey, Minn.) ran it in for third with a bike throw at the line.

Visit USACycling.org for more information on the athletes, events and membership programs, and follow @USACycling across all channels for the latest on Team USA.