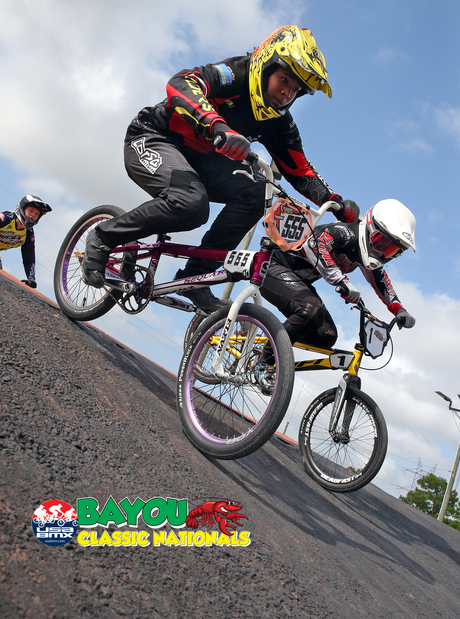 Stop number nine on the 2021 National circuit was another "classic" race - code in the title that it replaced a previously scheduled venue that USA BMX was forced to re-locate. This time - instead of Oregon, we went to Louisiana for the first of two back-to-back events in Cajun Country.

For those asking - "Why replace Oregon with a race in Louisiana?!" ...well, you'd have to have been in Gretna, to find that out. Let's just say that the entire city of Gretna - everyone from the Mayor's office to the Gretna Police Dept to Gretna's Parks & Rec depaertment and Visitors Bureau (not to mention the local businesses and hotels) were all pumped up to host a USA BMX National. When given the opportunity, they all jumped at the chance to bring some BMX tourism to their fine city (which happens to be located just outside of New Orleans). It's hard to name a city in the U.S. who has ever gone so far above 'n beyond to welcome the BMX masses to their township. They had a full-blown Louisiana trolly that went back and forth from the track to their downtown, on the hour, every hour.  ....for FREE. Everywhere you went, the locals knew about the BMX race, with plenty of businesses giving BMXers a big "welcome" on their signage out front.  Needless to say, Gretna LOVES BMX - and they'd be up for hosting another one next week, if they had the chance to do it again ...and again ...and again.

The Gretna BMX track had previously hosted a Gold Cup Finals and a national, and their track was ready for some National-caliber racing no matter what Mother Nature had in store for us. The night before I was about to leave Louisiana, BMX dad Brad Leakey tested me a Tornado Warning ...but it turns out, that was only because his daughter Taylor "The Tornado" Leakey would be there. But the weather would leave us thunderstruck on Saturday morning - which was no problem to the track since they had it tarped up tighter than a Chipotle burrito. I don't think we've seen a better tarped-track than what the Gretna crew has.

After a few-hours rain delay, the USA BMX crew got practice going and wrapped up the 130+ moto race without any hitches. 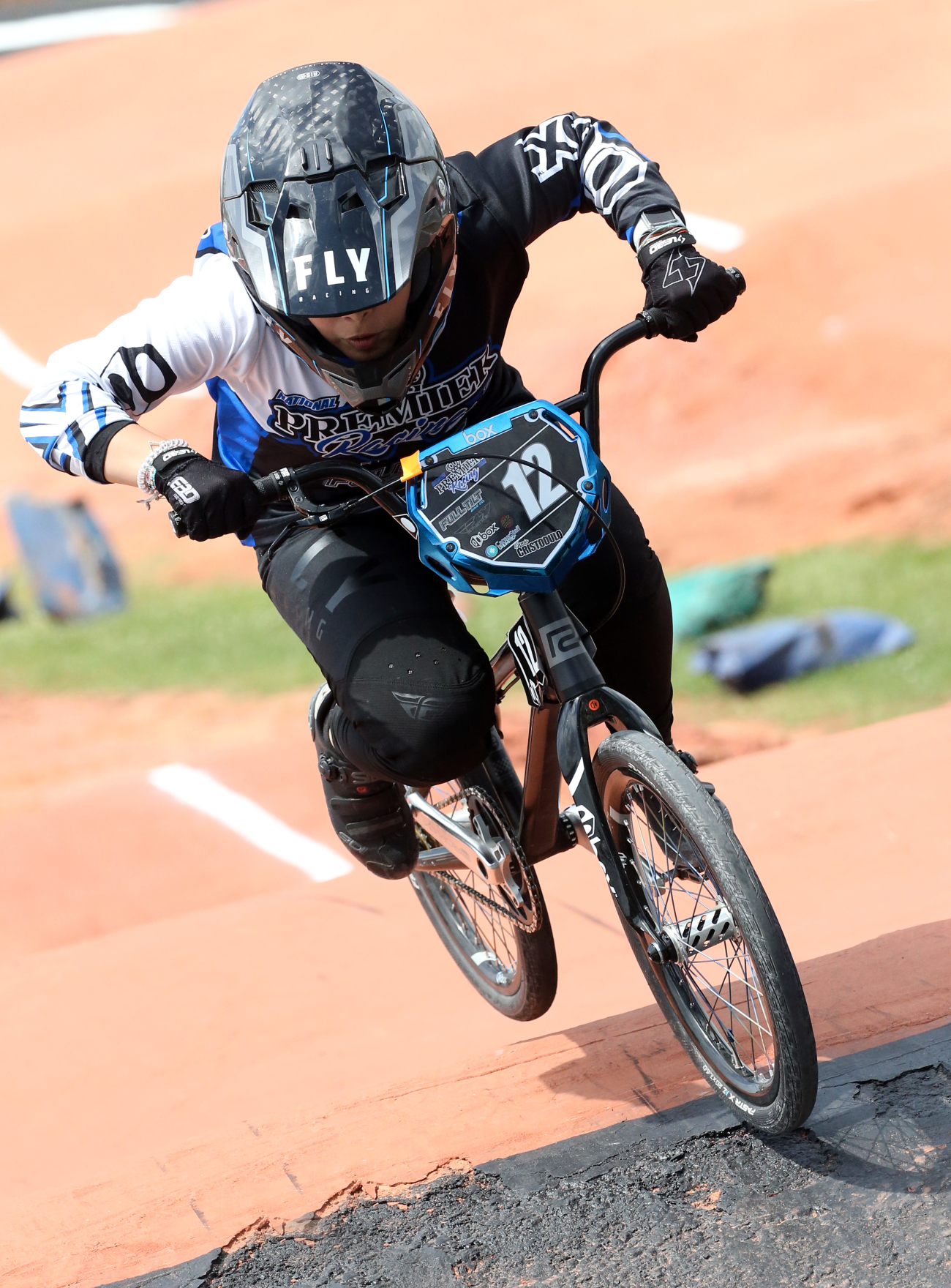 From early-on in practice, it was apparent that 15-16 girls was going to have some heated racing. With two groups and ten riders, you could tell that Grecia Cristodulo (now racing for Premier) and Nor Cal'er Kira Boustead would be a greta match-up come main-time. Both of these girls are on top of their game right now, with all of the skills to pay the bills.

Cristadulo took her jumping skills to the front and held off Boustead for not just one more win, but two. At her current rate of domination, it'd be a good bet that Grecia will not only earn a NAG No.1 in 15-16, but will be up for the National No.1 Girls title this November.

After their hot 'n heavy rivalry on Rock Hill, this weekend would be the final showdown between BMX Sharks Cedric "The Entertainer" Cade and Supercross' P.J. O'Brien - since ther "Secret Agent" man-child would be having a birthday in the coming weeks, and moving up to 16x for the remainder of the year. While this heated head-to-head competition has been fun to watch, it'd be the last time we'd see these two go at it. 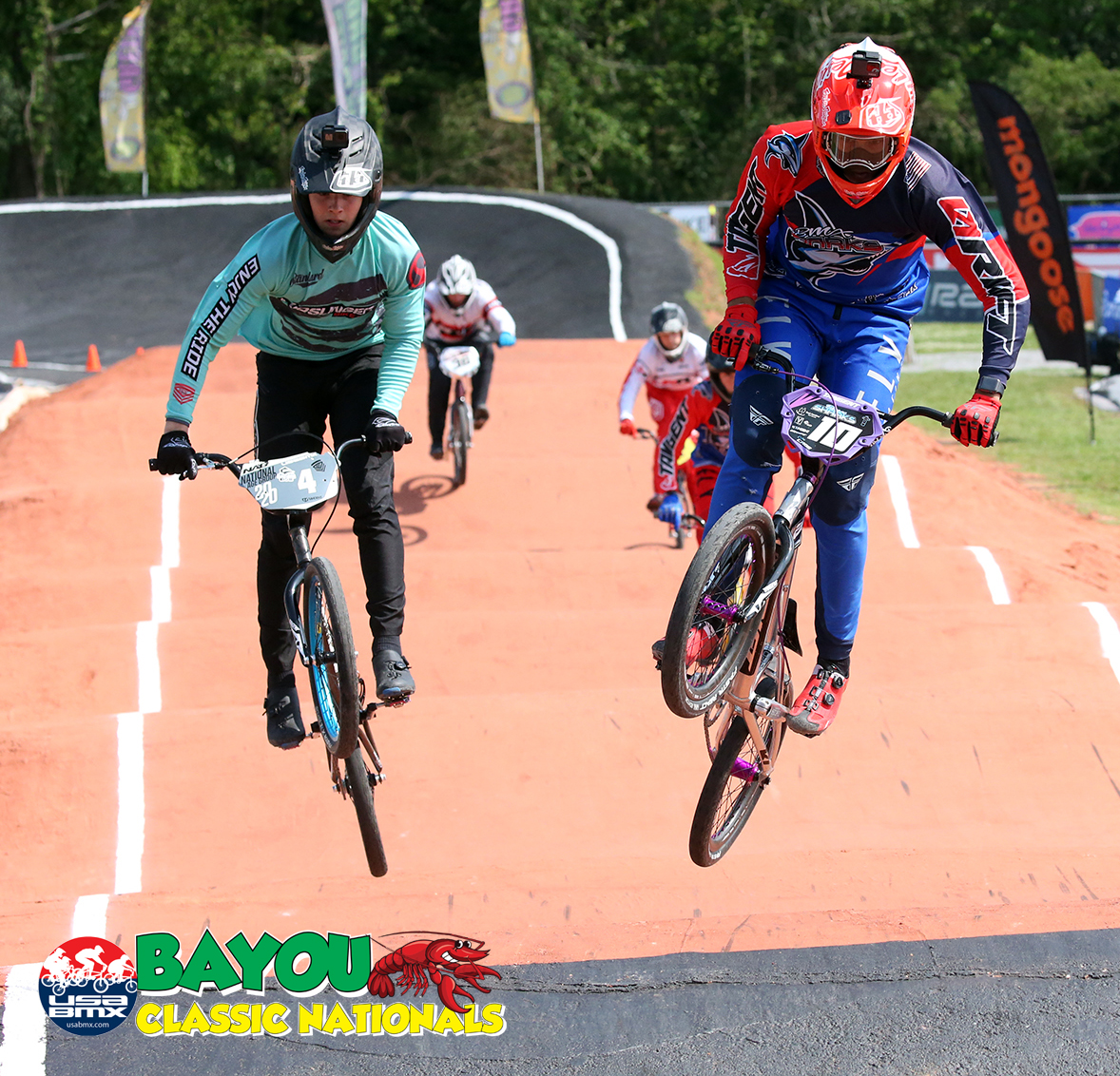 In Saturday's main, 15x lived up to all the hype that Wahly had given it on social media. If you couldn't tell, Jutin Wahl had just watched Godzille -vs- Kong, and was saw some similarities.  (You decide which one is King Kong and who is Godzilla.)

When the gate for the main slammed down, it was Cade out front, insatntly. Then, O'Brien told us, "He started doing his outside-inside thing, and I wasn't having any of that." As they went into the first turn at mach speeds, O'Brien went for an agressive inside swoop on Cedric, and his front tire just couldn't hold up the G-forces he was puttin' out. P.J. slid out, barely clipping Cade -but just enough to get him unclipped out of his left pedal. Cedric struggled to get clipped back in and that left a hole for Powers' Elijah Heaney to whiz on by as Ced - still unclipped, tried to get back on the gas. Alpha's A.J. Hernandez was hot on Cade's tail, as he struggled to throttle it again to catch up with Heaney (who by now, was running away from the pack).

Heaney - from Tennessee, had the race of his life and blasted across the finish with an easy half-straight lead. Amazingly, Cedric held on to second place, despite not being in his pedals for half the track.

On Sunday, O'Brien was feeling the effects of slamming the first turn asphalt. This would be his last chance to seek revenge - and rumor had it there had been some smack-talk after the finishline on Saturday. It's safe to say that these two guys won't be sending eachother birthday cards.

In Sunday's main - Cedric knew just what to do ... and that is, get so far out front that no one can touch 'ya! By turn one, The Entertainer had completely checked out of this main, with a huge 5 to 8 bike length lead. He was GONE!

Will we see a re-match next year, when these two are both 16? Don't count on it, as P.J. told us that he'd really like to turn Pro in 2022. Hmmmmmmm. It sounds like next year's Rookie Pro class could be an interesting one, as many amateurs are counting down the days until the current crop of 30-something Pros are considering retirement.

In the hottest and heaviest Am class - 17-20x, this weekend's man-on-a-mission was Hyper's Drew Polk. If you haven't subscribed to his YouTube channel yet, look him up and hit the subscribe button, for post-race updates full of every lap he takes. If you check out the Bajou Classic video, you wont be seeing very many riders in front of him.

CLICK HERE to check out POLK's summery vid - with his wire-to-wire win on Saturday. In his commentary Sunday morning, Drew admitted that he "wasn't feeling all the great after practice. The (Gretna) track is kind of difficult, but I was able to figure it out during racing and I won all my laps."

Sunday, dyno-Drew had to work a little harder to score the big win, to make it two-in-a-row. Alpha's "Wingding" - Cameron Wing, had the inside line and a solid start to beat Polk to the first turn. Drew played it calm and cool and by the second turn, jumped to the inside line and took things over. From there, Pol pulled away form the pack, while second place was nearly a 3-way race to the white stripe.

For those who have been around BMX for the past three or four decades, you might recall a time when spectators really didn't pay much attention to the 50+ racers. But all of that has changed now, as more of the old school Pros from the 80's and 90's are mixin' it up with just a slightly more-rusted version of their old double-A pro selves. 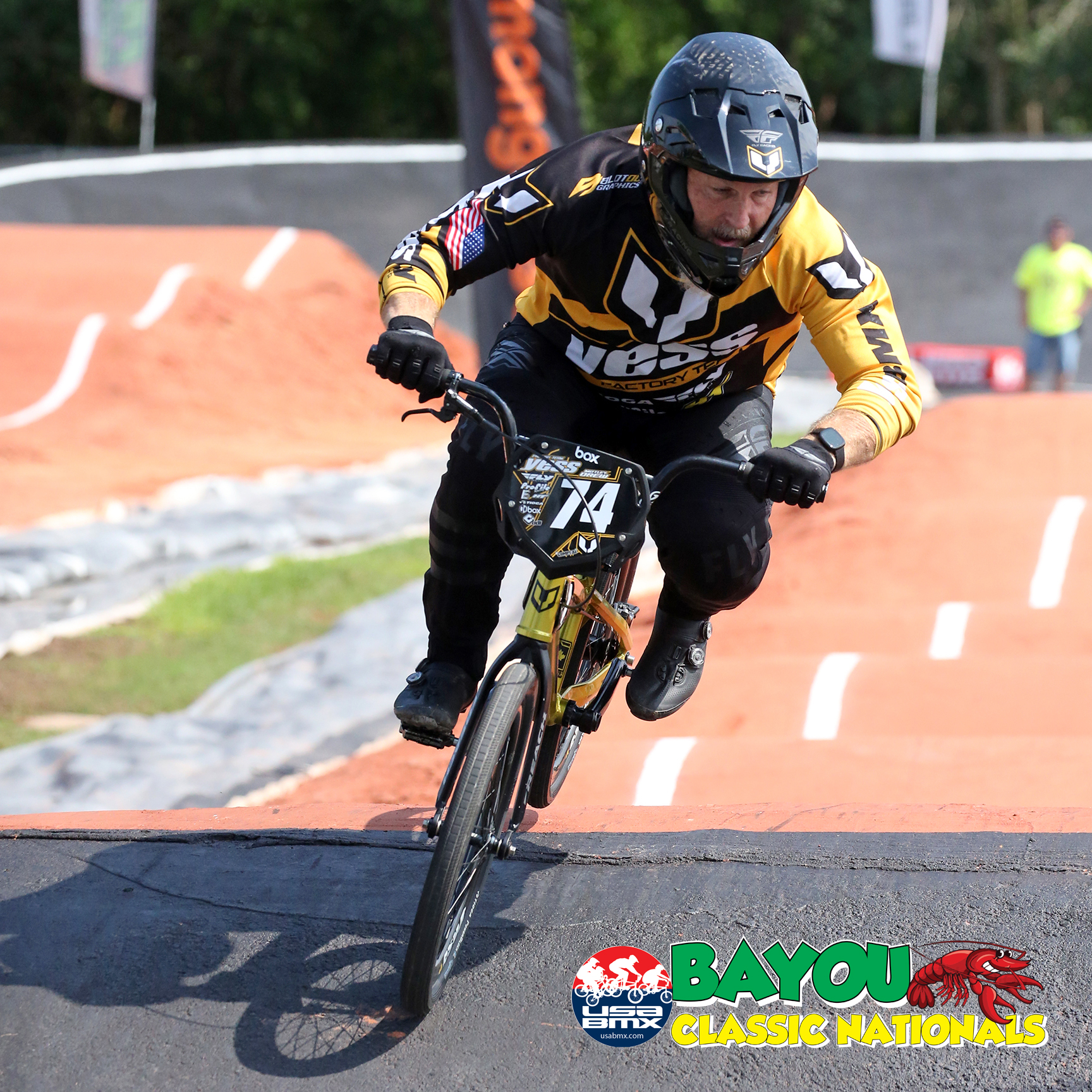 This weekend's 51 & Over Expert class might not have been the largest of the day (only 6 riders), but what it lacked in turnout was made up for by old school talent. The Yess twins of Motley-Drew and Ton Johnson, along with Blackcrown's Chris Kennedy, were up against SoCal legends and BMX Hall of Famners Eric Rupe (MCS/Mongoose) and Billy Griggs (Razor/Chase).

The main event would not disapoint!  Mr.Bill got hte holeshot for the first few cranks, before his back gave out on him. From there, Rupe sprinted by to grab the lead. As they all hit the first big double down the second straight, Motley scrubbed it a bit more on the leftside and caught enough backside momentum to become the next leader. meanwhile, Kennedy and his Blackcrown machine pulled up alongside Big Daddy, hung low into turn two and took over the second spot. By the line, these guys were huffin' and puffin' and crossed the finish in that order.

After Saturday's intense final, Griggs was spent - and after giving it a go in Sunday's first moto, he decided to give his old, worn-out body a rest. That left room for Gretna local Michael Breaux to go up against the legends in the final. This time 'round, it was Kennedy prevailing, with Rupe and Motley folloowing him across the line for a completely bald-guy podium.

Overall, the fill-in for the Great Northwest Nationals - the Bajou Classic, was a solid weekend of racing. It was full of fun before, after and during the racing, and everybody left Gretna with great memories and a desire to come back again. 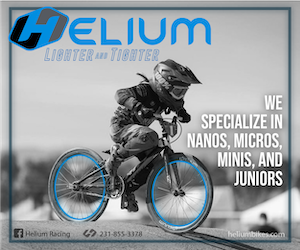