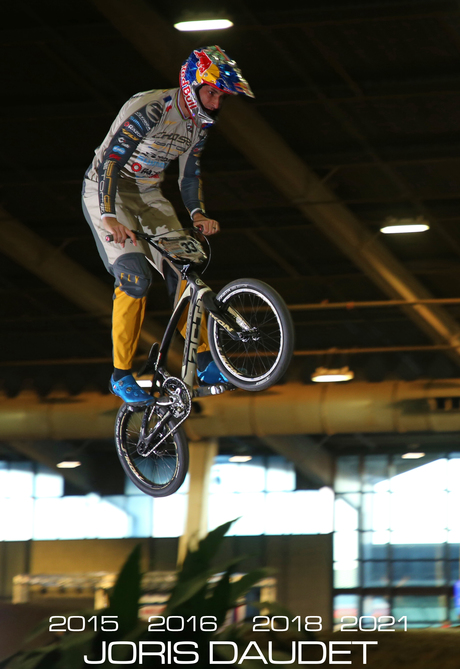 Not only were there three National No.1 Pro titles up for grabs on Friday night, but also a surprise last-minute addition of LiveWire electric motorcycles to the Men and Womens main event winners. If that doesn't heat up the skillet enough for ya - we're not sure what would.

After his ROC win on Thursday, Joris Daudet's chance of winning a fourth No.1 Pro title - and inking his name in the BMX History books, was looking highly likely. With his Chase team mate, defneding Champ Connor Fields here in Tulsa but not competing, that was one less rider for Joris to worry about. The closest contender was Australian Josh McLean for Full Tilt-Radio, and with a little over 200 point difference, Cru Jones would be the first to tell ya - "It'll take a gnarly miracle to beat that guy."

Friday night's main event was like a half-Olympian/half-American finale. Switzerland's Simon Marquart made a surprise appearance and made the cut, along with France's Romain Mahieu and Italy's Martti Sciortino. On the American side, it was DK's Jeremy Smith, 'Goose guy Cam Wood, Daylighteer Corben Sharrah and Haro's Kamren Larsen.

Stepping things up, the biggest challenger to Joris' victory this night was Larsen; whose years of Arielle-training definitely looked to be paying off. Larsen was hot on the back wheel of Joris in every round, and even scored the second main win. That would tie he and the flyin' Frenchmen with three points a piece going into the third main. 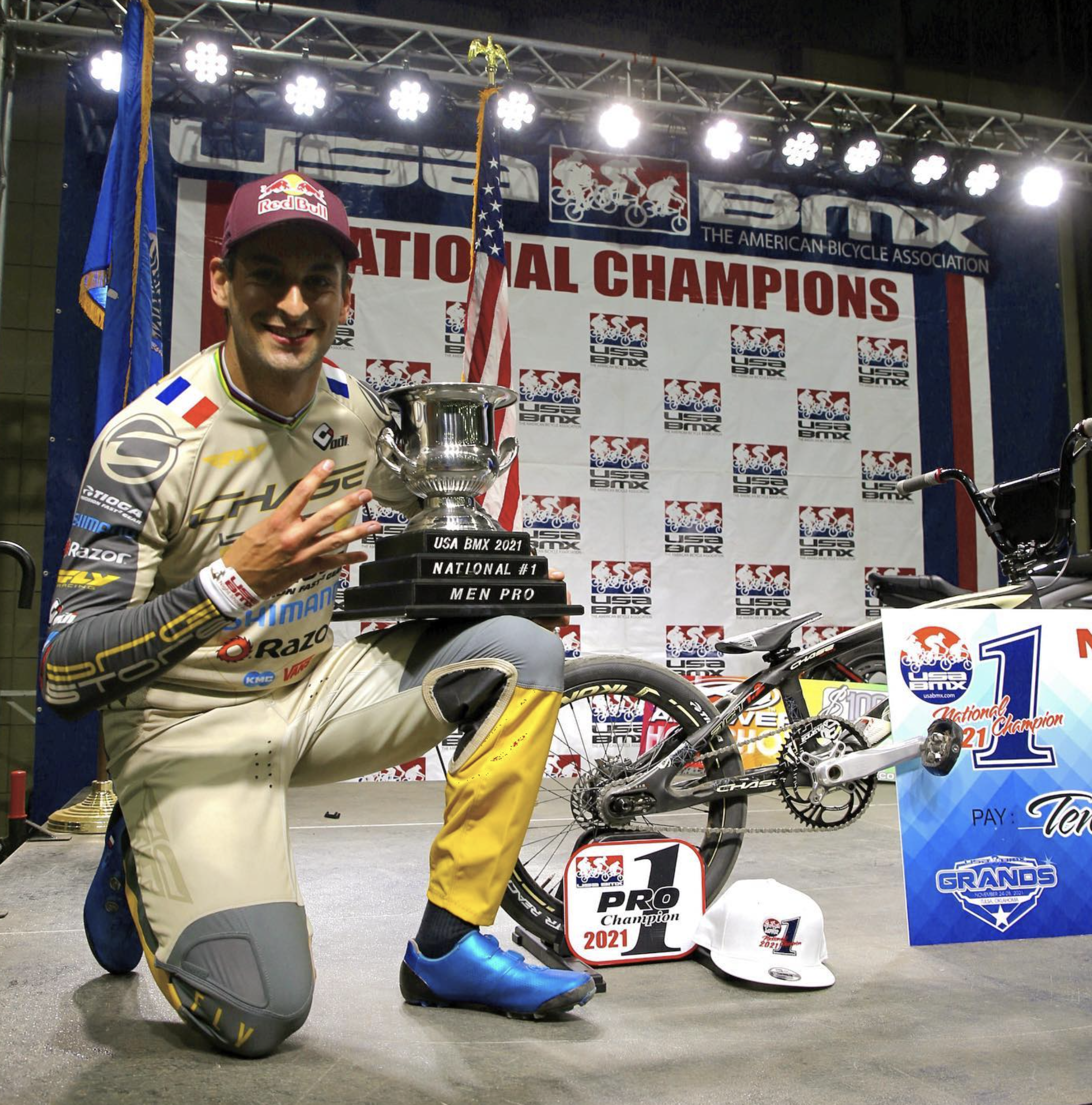 In the third main, Joris was as good as gone! Kamren jumped the dubs into turn one and got close, but Corben Sharrah was right there as they entered turn one and it was a tight race for second place. The Answer Holeshot bucks went to Joris and he rode a solid lap to clinch #Cup#4.
From up on stage, during the awards presentation, congratulatory videos from both Gary Ellis and Pete Loncarevich were played - welcoming him to the illustrious Four-Cup Club.

With a 1-1 in her first two mains, against Alise Willoughby's 4-2, the points going in to the third and final main for the No.1 Pro Womens title were looking good for Ssquared's 2021 U.S. Olympian. Alise had found herself in an unusual position in the first main, and worked hard to come back up to a fourth place. Now, here for the third and final main, it was ALL on the line. Alise needed to not only get the win, but also beat Felicia by four positions.

But Felicia was on fire this Friday night; much like we saw from her the previous year. Stancil had looked like a medal favorite in Tokyo, and she'd looked strong at the Worlds ...and now, the time had come for her first Pro No.1 title. She is no stranger to silver Cups - she last hoisted one above her head in 2008. But since turning Pro, Alise had always been hard to beat. 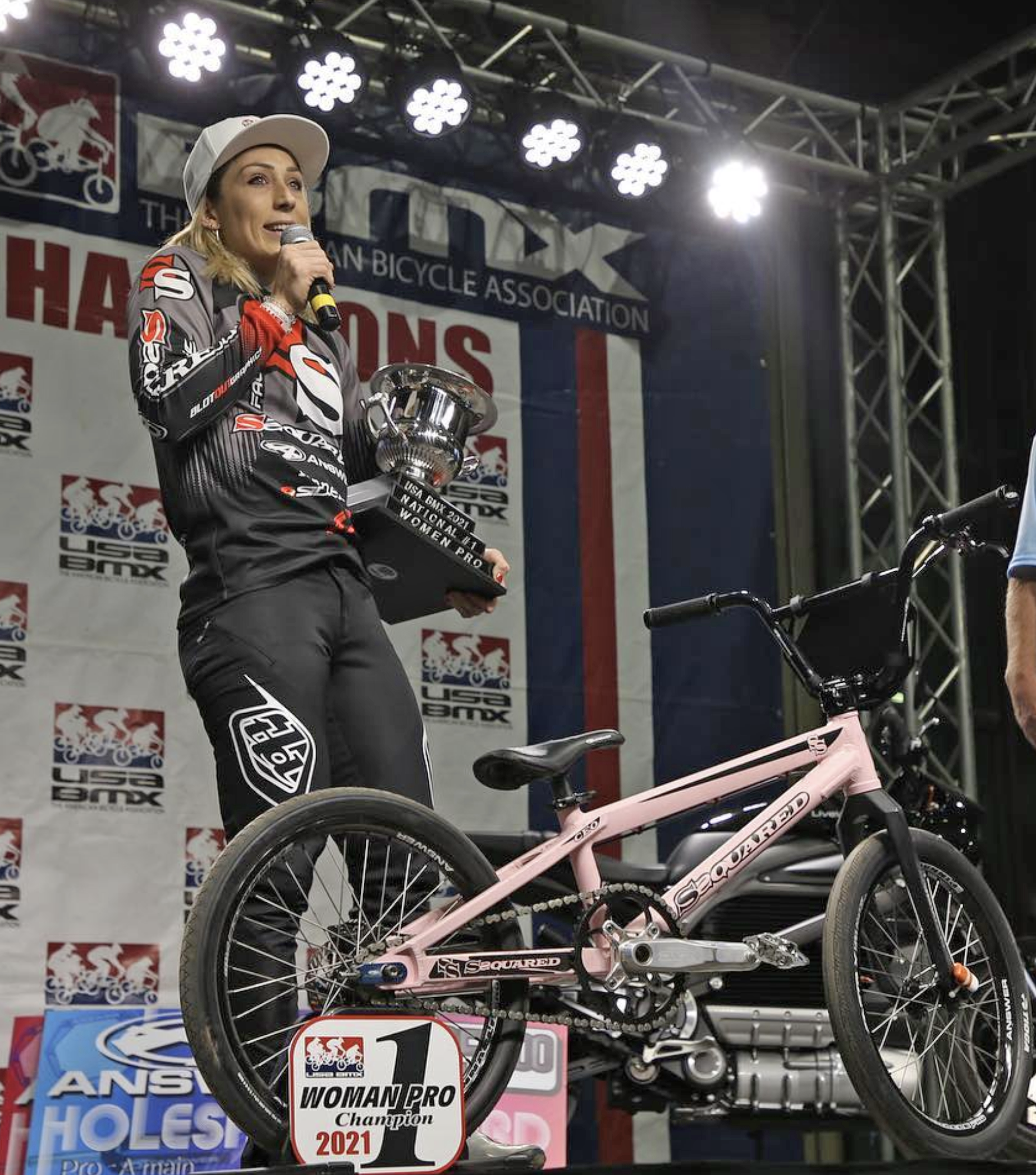 The gate slammed down for main #3, and just as she'd done the first two mains, Stancil nabbed the holeshot. This time, tho, The Beast was in code-3 pursuit and applying more pressure than a chiropractor. As they round the Tulsa turn, Willoughby had her sights set but Felicia wasn't making any mistakes. Last turn, last chance - and Alise dove to the inside and attempted to push Stancil and her Ssquared to the top of the turn. Now, think about the size difference there - and Felicia wasn't about to budge. Alise bounced off her hip as her GW began to slide out, leaving Felicia nowhere to go but down in a pile of flames.

The crowd was going bonkers! The two title contenders just crashed out, and DK-316 Racing's Daleny Vaughn cut low, and just missed getting clipped by Alise's leg as she squeeked by to score the win. With all of this carnage, Felicia kept a tight grip on her ODI's, even as girl-after-girl slammed into the pile ...and that is probably what helped Felicia to hold on for the No.1 Woman Pro Championship. She sprung to her feet, with bike still in hand, and escaped from the wreckage to nab a fifth place. 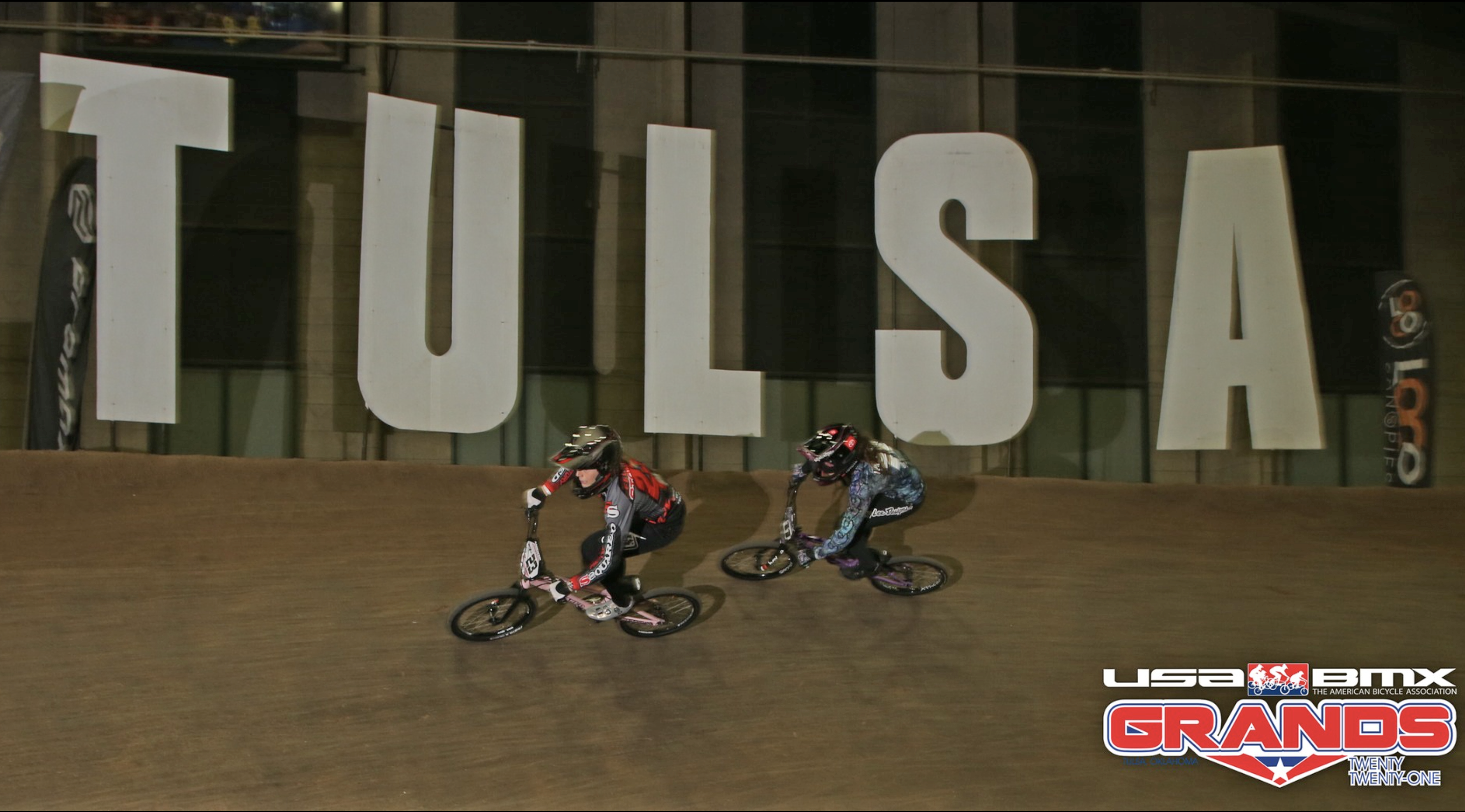 Incredibly, Tucson's Daleny Vaughn would score the days win - and the $21,999 LiveWire e-motorcycle that went with it. As STACYC's PR guy - Matt, said - "This thing will go take you from zero to 60 in three seconds, so I think you'll enjoy it."

With such a surge this yer of new Pro ladies making the move into the class, this Grands main also put the final exclamation mark on the Pro careers of Brooke Crain and Sophia Foresta. We wish both of them a successful life-after-BMX, taking the winning attitude, confidence and life skills that BMX has taught them over the years.

We knew there would be a new No.1 Champion as soon as Tyler Brown began to slide out in the first turn of his semi. He and Jeffrey Upshaw were side by side, and TB#316 was left with no room on the inside and began to drift like he was Ken Block. Brown slid out and his title-chase was over. There would be no chance for a Vet 4-peat.

This now meant that the No.1 Vet title would come down to The Mosquito - Jonathan Suarez, or the Alabama Slamma' - Barry Nobles. With a comfy points lead, Barry had his work cut out for him ... and after being announced as the Golden Crank winner for Pro of the Year, Nobles said it out loud - "THIS is my Championship."

In the three mains, Suarez was in fire. Untouchable. ...although Jeffrey Upshaw had his opportunities. At 39 years young, The Mosquito just proved that you don't have to be in your early 30's to be competititve in the Vet ranks; but it looks like there will be a new surge of 30-something "youngsters" joining the field next season. 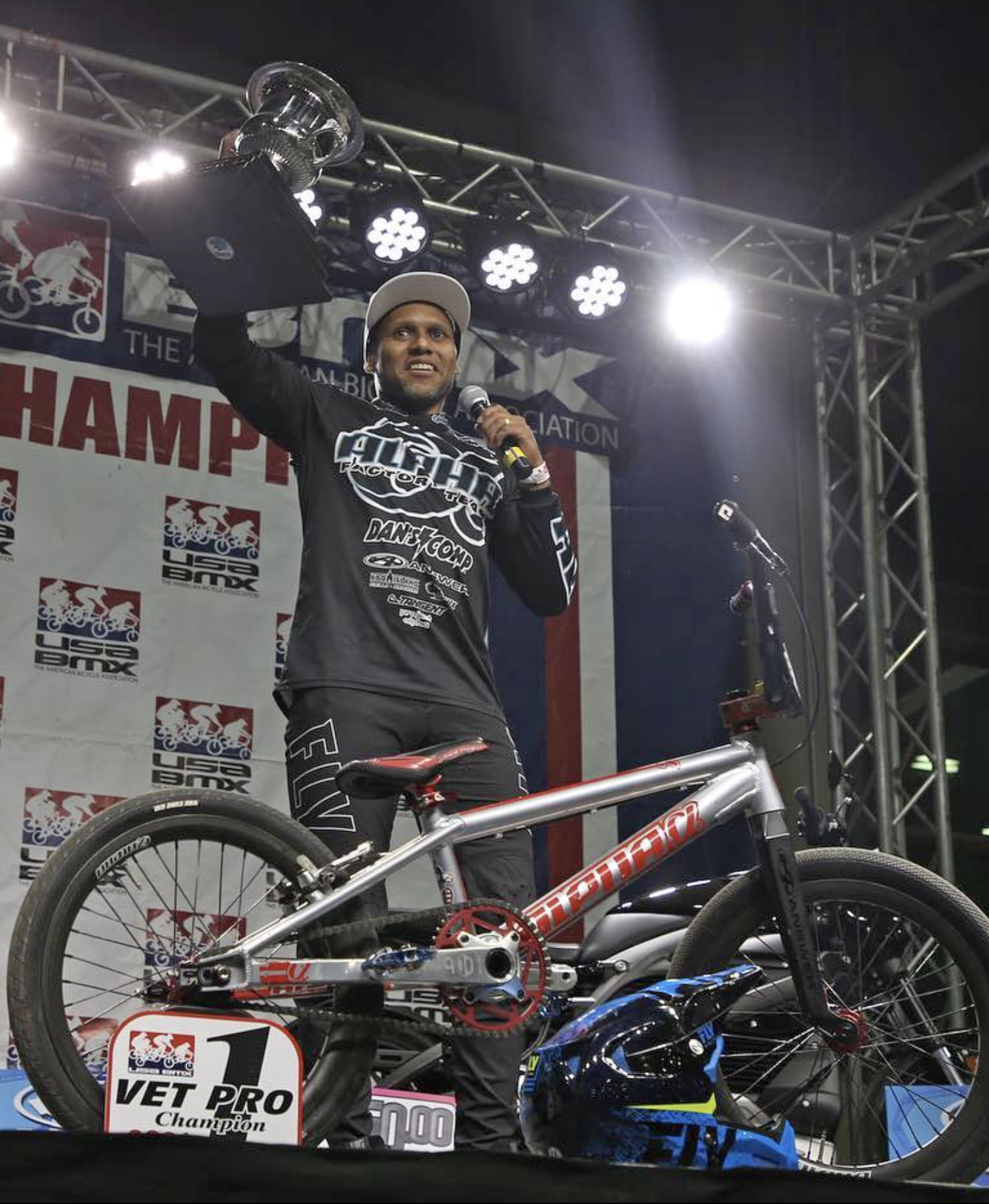 In 2022, will we see AA's such as Nic Long, Corey Reid, and Jake Peebles make the move to Vet?
We can't wait to see what's to come. 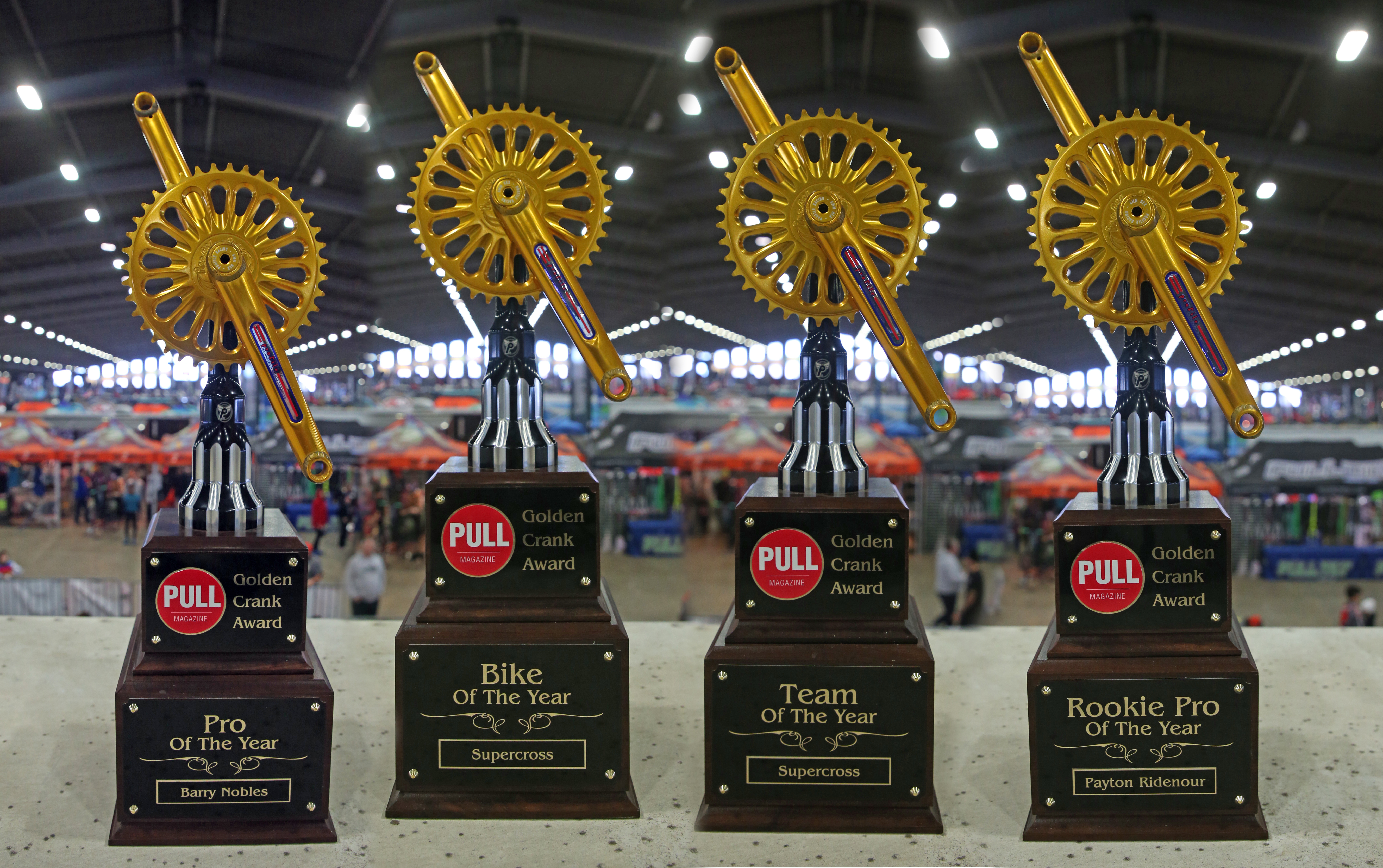 Also handed out inbetween the NAG-5 Challenge and Pro mains, were PULL Magazine's coveted Golden Crank Awards - custom made for us by Profile Racing. These awards are voted on by the members, and the winners of this year's "popularity" vote were:

PRO of the YEAR: BARRY NOBLES

BIKE of the YEAR: SUPERCROSS

TEAM of the YEAR: SUPERCROSS

Thanks to all who voted and contributed to these annual Awards.